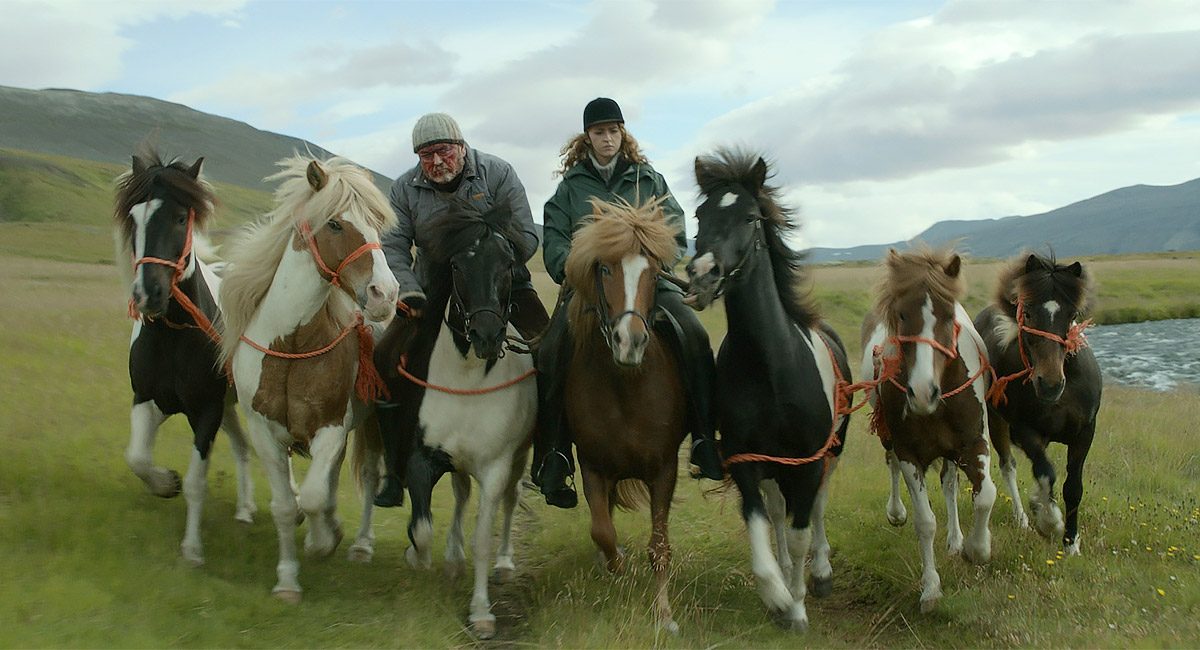 The first feature of drector Benedikt Erlingsson will open 28.ágúst.

A cruel romantic film about the human in the horse and the horse in the human.The lines between species blur seamlessly throughout these memorable tales, reflecting love, death and the quirks of human and beast alike.  An ode the majestic beauty of horses, lauded stage director Benedikt Erlingsson’s film debut captures the passions and idiosyncrasies of a close-knit community and the primal desires hidden within all of us. María play’s the local vet that castrates the stallion of the film.