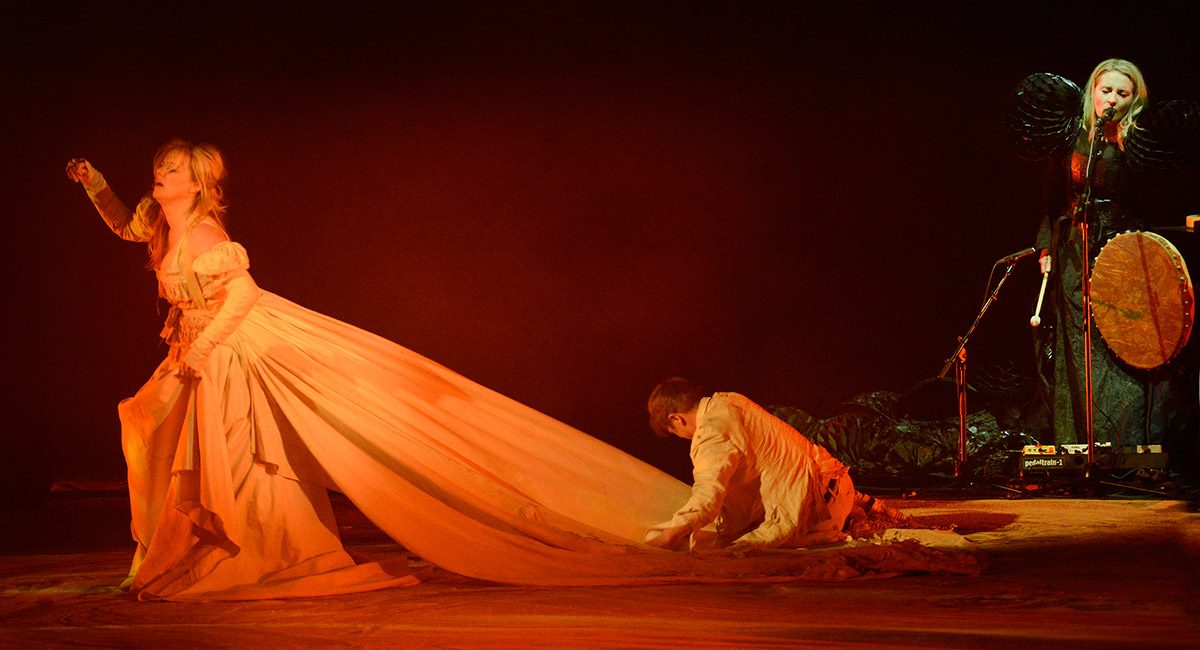 The Journey of the Phoenix was shown in the Aland Islands on the big stage of the brand new cultural house in October.
The show was really well received by the audience and critics alike.

“The artforms merged and each artist used it’s tricks to create a unique magic and amazing experience. Both Reijo Kela and María Ellingsen have strong engaging precense and express their roles with great precision. Their duo, partly improvised, was in cord and they succeded with out one word uttered to create two belivable characters, real life people. The visuals where simple and stylized but very powerful. The set was made of a labarinth of mais, smoke and two chairs so that the bodies of the artists dressed in masterfully formed costumes became like moving sculptures interplaying with the light. The voice of Eivör Pálsdóttir was hypnotizing and I forgot to breath and time dissappeared… the only drawback was that it came to and end.” – Nya Aland.