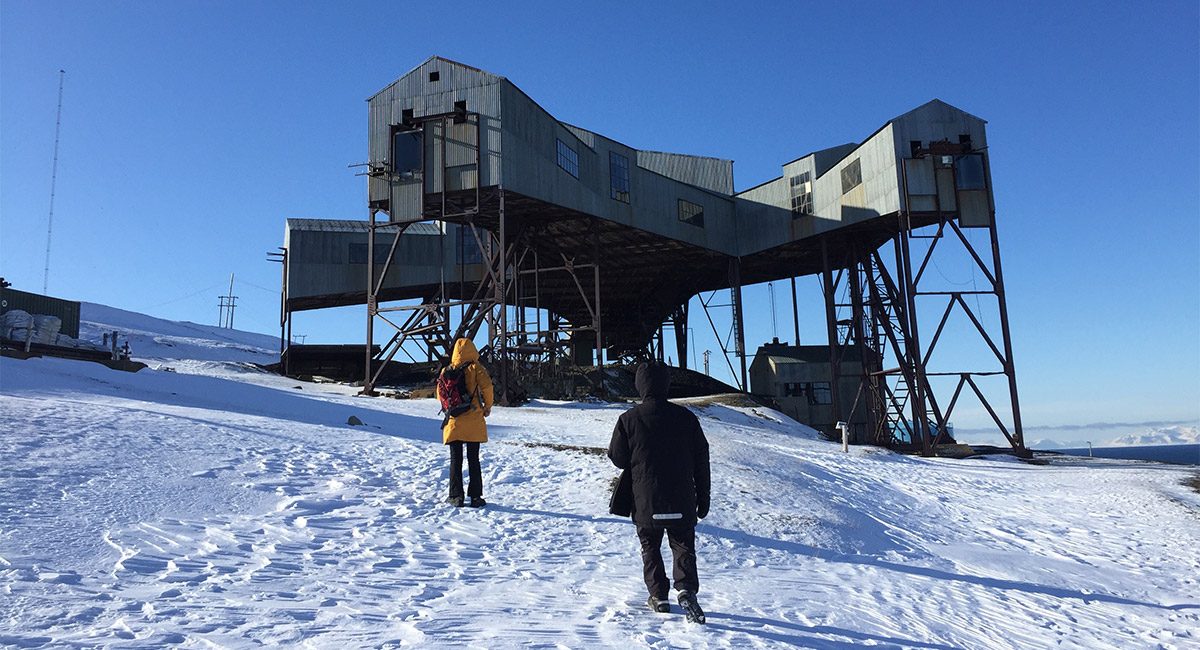 Arctic women is a new piece that María and the Norwegian actress Juni Dahr are developing about the meeting between woman and nature.

The first version is based on diaries from Svalbard written by women who spent time there. Other stories from women in the Arctic will be included in the following versions.

The premier will be in the Taubane coal cable way in Longyearbyen in Svalbard.

Juni and María did a workshop together with Finish experimental dancer Reijo Kela and set designer Snorri Freyr Hilmarsson at Kolstaðir Iceland in August and then Juni, María and Reijo went to do research in Svalbard in September.