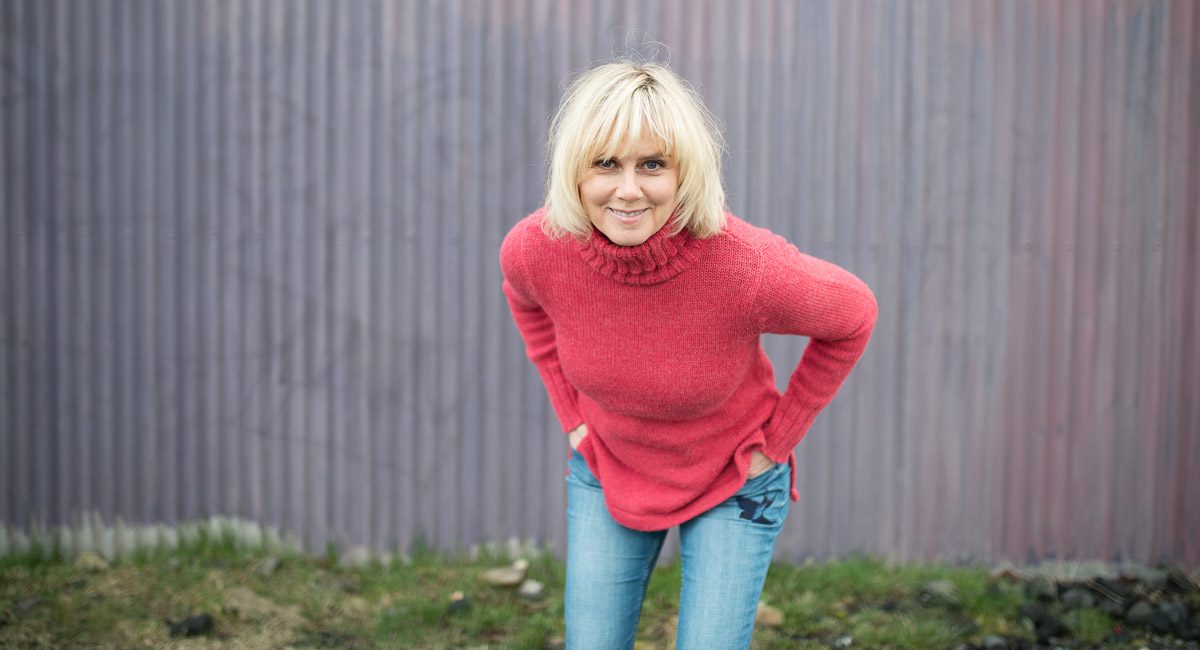 María Ellingsen is born in Reykjavík 1964. She speaks Icelandic, Danish, English, German and the language of Faroe Islands.

She started early to act both on stage and in films and went to study in New York when she was 20 years old.

She started early to act both on stage and in films and went to study in New York when she was 20 years old. She choose The Experimental Theater Wing at New York University and learned an acting method based on physical expression, voice and improvisation in the spirit of Grotowski who visited and led workshops. Students learned to “Devise” their own pieces with the starting point in a word, song, theme or an object. Great emphasis was on experimental dance in the vein of Merce Cunningham. Mary Overlie taught Viewpoints, The Roy Hart Theater taught voice and avant garde directors Ann Bogart, Richard Forman and Robert Wilson where among those who directed the student theater. At the same time María trained film acting with the Film Department at NYU and had at the time of graduation played in many short films as well as two full length Icelandic features

At her return to Icelad she worked at The National theater and among her first roles was Miranda in the Tempest and Cecile in Liasons Dangerous. She returned to New York University to study directing as an assistand director and also got an acting agent that sent her off to Los Angeles to play the East European Katarina in the daytime series Santa Barbara at NBC in 170 episodes. She then went on to do movies; Mighty Duck 2 for Disney, New Age for Warner Brothers and Deadly Currents for Showtime.

It was the film Agnes that called her back to Iceland where she played the title role, Agnes the servant girl that kills her untrue lover and is executed. Maria won the Best actress prize at the film festival in Verona for here performance. Since then the roles have been many in theater, film and television in Iceland and abroad.

María also created her own theater Second Stage in 1988 and keeps it in her pocket ready to be taken out when something calls for being put on stage. In her company she has most often taken the role of actor and producer until she produced, wrote and directed a dance/theater production called Úlfhamssaga. It got nominated in  7 catagories at the Icelandic theater prize Gríman and won two. Other Second Stage productions are Fool for love, Waiting for Beckett, Salka- a love story, Vagina Monolouges, The Swan, The Journey of the Phoenix and Nobody meets somebody. María directed Pleasure Island at the National Theater, devised a production called Mammamamma along with danish actress Charlotte Böving and an ensamble of actors and artists. Returned to the stage of The National Theater in the award winning play Honor and directed My name is Rachel Corrie shown at the City Theater of Reykajvík.

Currently she is working on two new pieces. My eyes, about three women poets that try to mend their broken hearts at the turn of the 1800 century. And Artic Women about the relationship between women and nature.