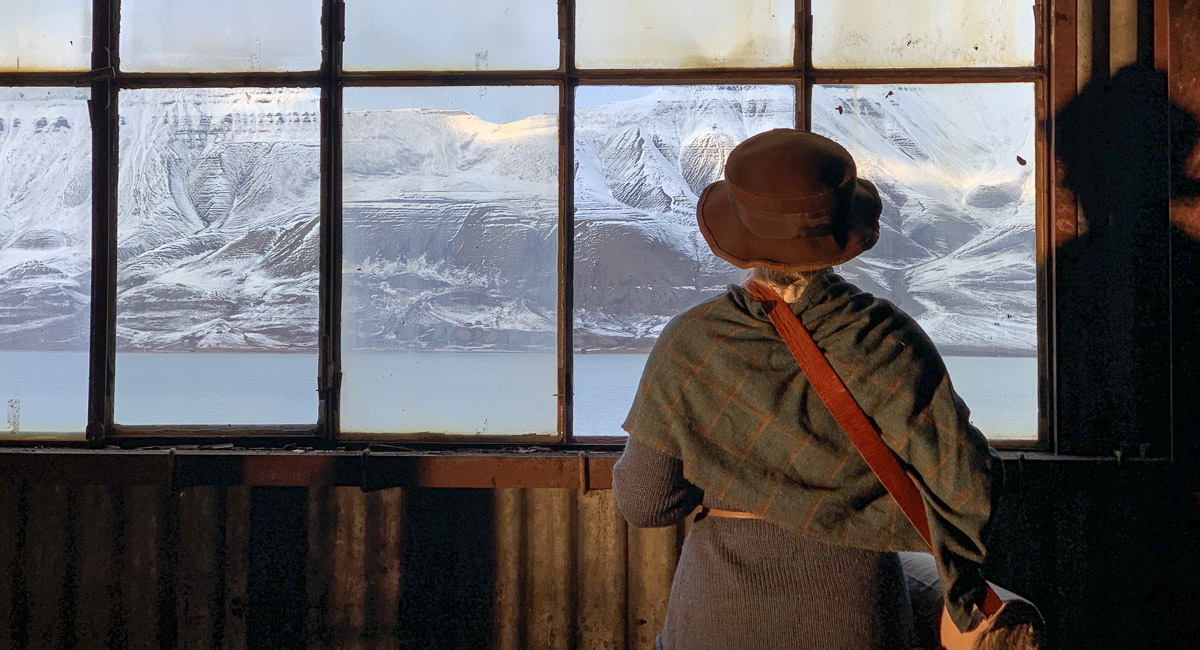 Arctic Women is a new dance/theater piece about women in the Arctic and how nature affects the human soul. The piece is the result of a long collaboration between the actresses María Ellingsen and Juni Dahr, travelling the North, researching stories of women in the Arctic and diving into the theme: nature vs man, along with Reijo Kela and Snorri Freyr Hilmarsson.

Arctic Women – Svalbard Movements is the first version of the piece and was premiered at Taubanecentralen, an old coalstation in Longyearbyen fall 2019 .

The piece is based on the diaries of women that have spent time at Svalbard; Leonid D’Aunet from France that was the first woman to set foot on Svalbard in 1838, Hanne Resvold Holmsen from Norway who did botanical researc there in 1907, Christianne Ritter an artist from Austria who spent a winter in a hunters cabin with her husband in 1934 and Ellen Nöis a houswife from Norway who gave birth allone while her husband hunted.

Arctic women – Svalbard Movements was performed by María Ellingsen (in Norweigan) and Reijo Kela to original music by Tore Brundborg played live by him and Per Oddvar along with Den Store Norske mans choir.