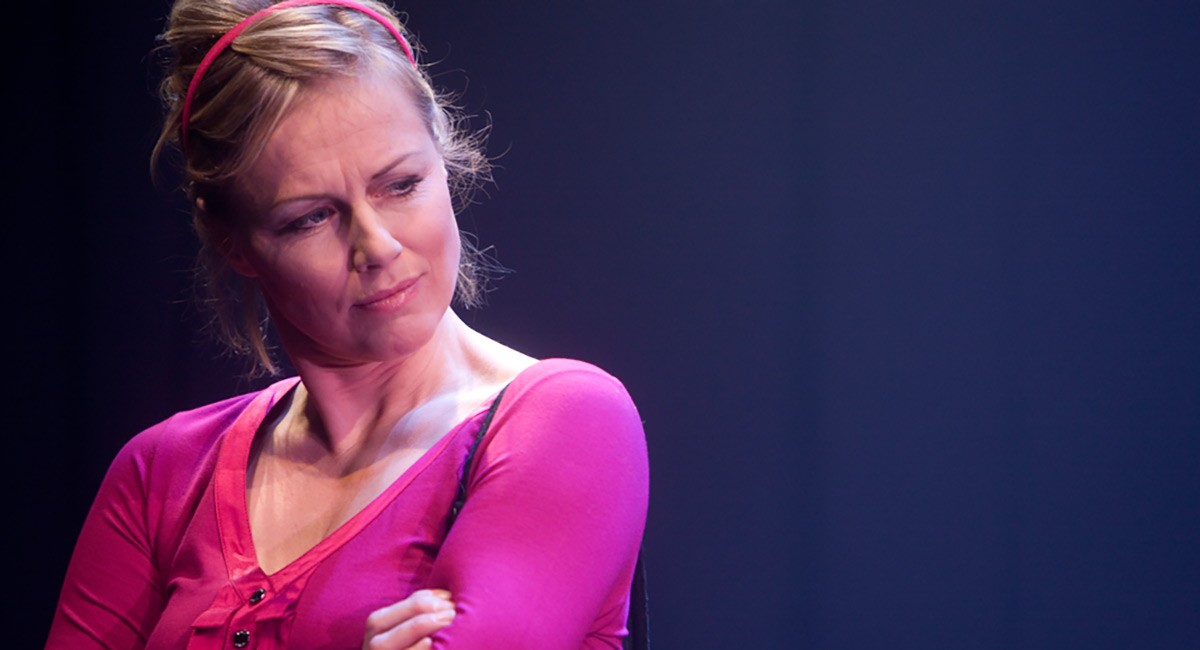 Honour is an award winning play by Joanne Murray Smith, about love and marriage. María played an ambitous journalist that steals a famous editor away from his wife of 30 years.

“María Ellingsen shows us a selfish and hard woman that puts her own ambition above all else,  but is sensitive enough to understand what she has done in the end…it was absolutely believable when she came around in the end and the scene that had the strongest effect. Maybe a little girl was hidden the whole time behind the ruthless ambition. Why don’t we see María more often on the stage? “Jón Viðar DV