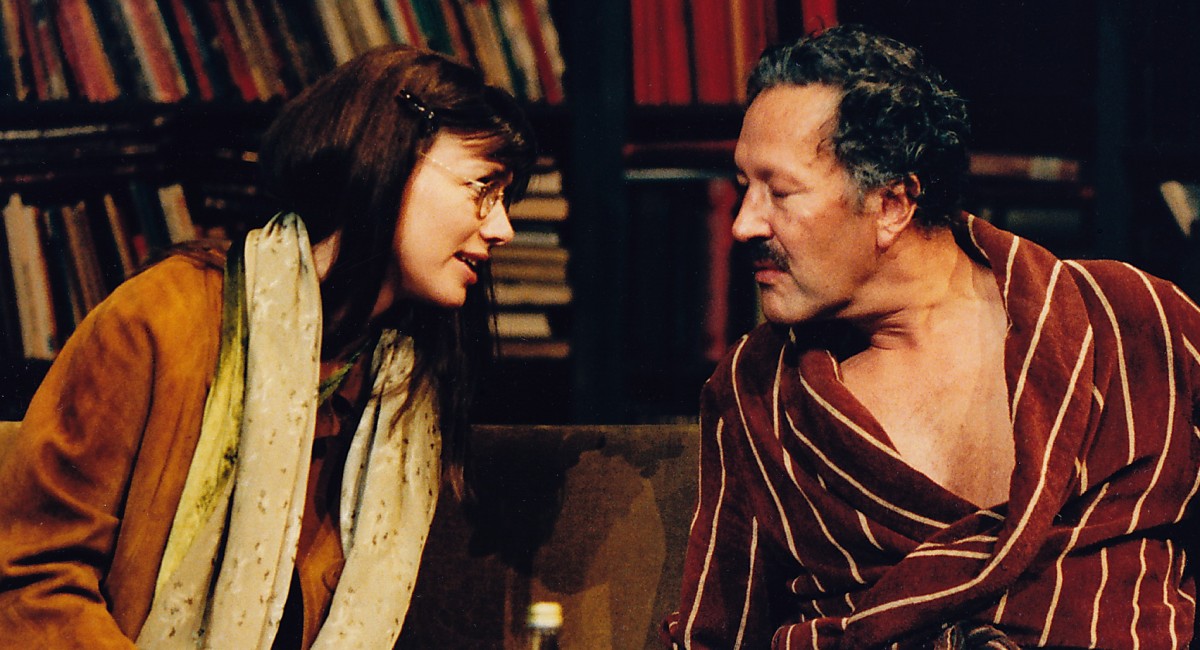 Leopold Nettles, a political writer and philosopher, fears being sent back into prison. He hides in his home afraid that the police will come and arrest him. Over the course of the play, various people, including the secret police, visit him. María played a young student and admirer of Leopold.

“Great finesse and craftmanship. María show brilliance in her acting as Margret the student of philosophy and creates a very belivable character that is created with focus and sensitivity for the fine line between comedy and drama.” Arnór Benónýsson Alþýðublaðið

“Aside from Þorsteinn it is María Ellingsen that draws special attention for splendid acting, her scene with Leopold being one of the funniest in the production.” Auður Eydal DV

“I have to mention María Ellingsen in the small role of  Margret. It appears to me that with this and other roles she has played recently that here we have in her a superb actress. It was admirable how she was able to create such a vivid character, her scene was the most memorable of the whole evening.” Gunnar Stefánsson MBL