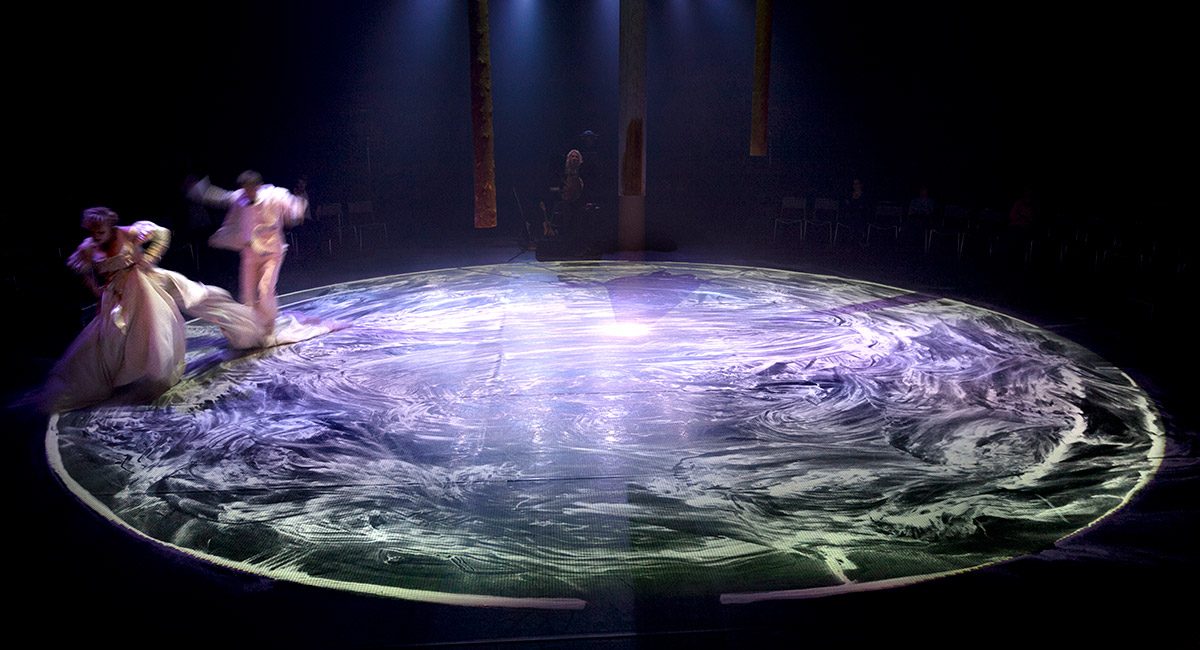 The journey of the Phoenix – the prize of transformation

In our life a trying time may come that breaks us open and we find ourselves lost. But how to let go, allow parts of ourselves to die, and then move through the darkness to a place of rebirth is the never ending challenge. But myths are like a public dream that teaches us to live a human lifetime under any circumstances. Myths are clues to our deepest spiritual potential able to lead us to delight, illumination and even rapture.

The Journey of the Phoenix is a powerful dance, music theater project based on the myth of the Phoenix. With the line between the art forms being blurred the three performers each in their own personal way rekindled the flame of the myth in a strong, raw, emotional performance in close range of the audience in a dreamlike atmosphere.

The piece was created by a group of Nordic artists and had it’s premiere at Reykjavík Art festival in May 2011 before it traveled to Finland, Aland and Faroe Islands.

“The Journey of the Phoenix a theatre-dance-music hybrid stood apart from the typical Reykjavík dance(-theatre) work. What ensued was a strange journey/love story/death quest, simultaneously everyday and other-worldly. The pattern of seduction and rejection, accompanied by percussive sounds and vocalization, without words…Love, death, rebirth, contradictory desires—so it goes. The work appealed because of its ambiguity, unexpectedness, subtlety and detail. Rather than going for shock and awe (run for the smoke machines), the creators kept it human-sized.” – Grapevine

“I forgot to breathe and time stood still…..in this inventive production of The Journey of the Phoenix each artist uses his magic and casts a spell and together they create an amazing experience. Both Reijo Kela and María Ellingsen have a strong engaging presence. In their partly improvised duet they succeeded with out saying one word to create people of flesh and blood. The visual aspect was simple and stylized but equally well thought out and effective. The set a labirynth, smoke and two chairs where the bodies of the artist dressed in masterly formed costumes that become like moving sculptures interplaying with the lights.” – Nya Aland