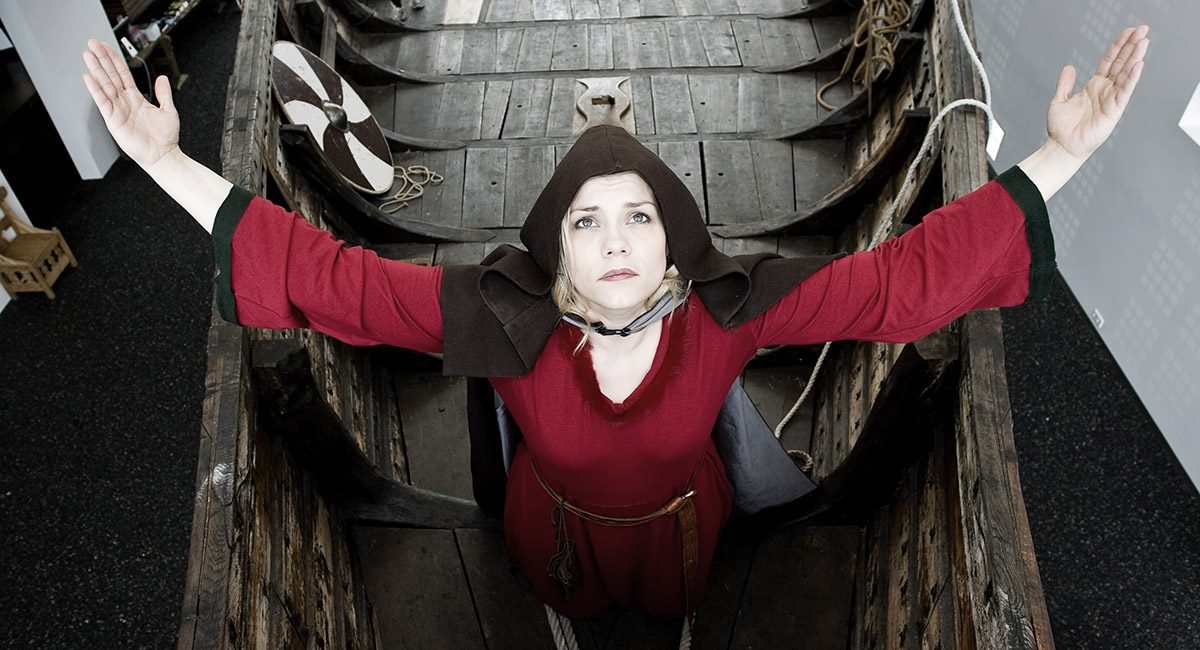 The solo piece by Brynja Benediktsdóttir about the heroine  Gudridur Thorbjarnardóttir who in the year 1000 travelled with courage across the North Atlantic 8 times. Gudridur went on an expedition to North America and lived there for awhile giving birth to the first white child. Later she went on foot on a pilgrimage to Rome where she met the Pope and her last years she spent as a nun in Iceland. The play is not only a journal of her travels but also a story of a woman in a dangerous world who lets nothing stop her gaining a wider perspective.

María was assigned to put this piece on stage aboard the viking ship The Icelander where daylight floods in through the huge windows facing the sea. She could therefore not use the tricks of the theater, lights, mist and sound to create an imaginery world. But instead she had a real ship, real sails and a view over a real ocean.  To face this challenge she made a new adaptation where the actress rather than Gudridur becomes the storyteller stepping into the story and back out of it. This way the gap between new and old was bridged and the reality of the place could be taken in. The ship itself, it’s story and journey’s. María also worked with Thorunn Clausen on finding her own personal way into the story using Thorunn’s gift for singing.